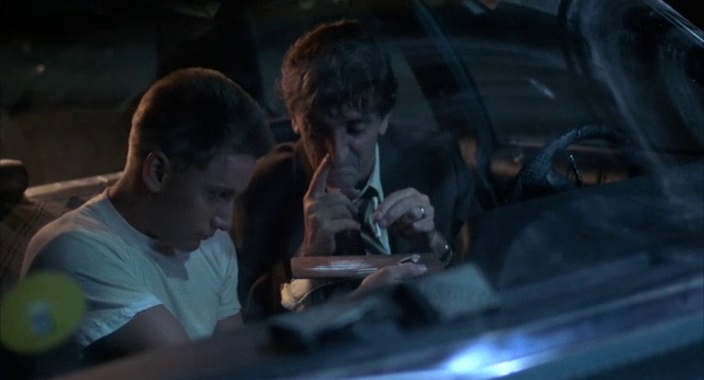 Surely it would be foolish to suggest that a goofball comedy from the 80s can speak on the same existential levels as the great art of the last hundred and fifty years. What great art? Exactly. Since this thing came out, America hasn’t seen a better comedy. Funnier comedies, sure, but as a whole, it has no equal after 1984. It was the beginning and end of punk rebellion flicks without even being one, capturing the ethos of the decade in a way none of its contemporaries could. It stands above them all without even trying. No stature, no presumption, no hubris. Just knowing, feeling, and showing.

To patronize the uninitiated, the life of a repo man is intense. He (fucking) hates ordinary people, because ordinary people avoid tense situations in favor of comforting illusions. This allure is seemingly the perfect trip for Otto (Emilio Esteves) who soon finds himself riding a cool but increasingly tense, scary wave of hardcore (Iggy Pop) riffs in search of the treasure of the Malibu, an alien McGuffen understood to be the ultimate repo to cash in and retire off of, leaving the dregs and pointless struggle behind. 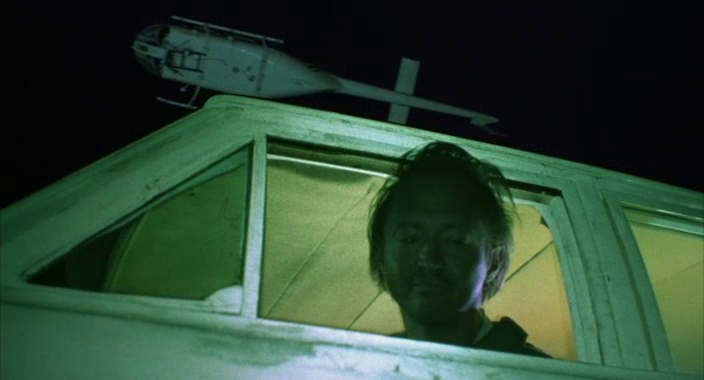 While its conflicts and resolutions are sometimes just this side of pat, these conflicts and resolutions are the right ones. Characters we don’t care about are drawn thin, but that’s okay because we don’t need to see the character development of defectives that deserve to die choking on their own blood splattered across the boxes of generic instant foods they grew up on. Even the protagonist goes through mere conventional movie struggles (some borrowed, some created and emulated), but what’s striking for something of its kind is its ability to maintain an extramoral centre amidst the banality, goofiness, and sometimes crass preachiness.

And when that holy fool in blue overalls says: “come with me to new experience,” who is going to say no?

What about us, here, in stasis and comfort?