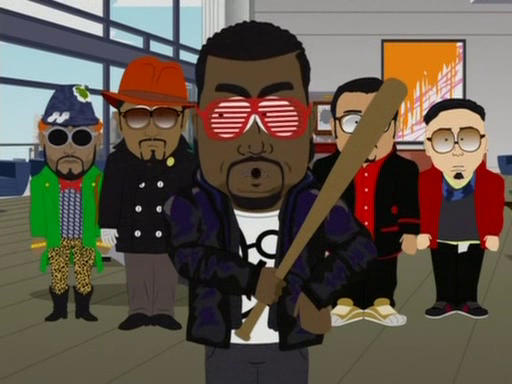 Do we really live in a time where it’s frowned upon to say outright that Kanye West and his whore wife are morons? Yes, we do, because “moron” and “whore” are swear words to people who look up to whores and morons. Big surprise.

Because no one else will, the “voice of a generation” takes it on himself to put aside Ego, and starts to believe it when people tell him the entertainment industry is full of talentless “musicians” who have an over bloated sense of self worth, a condition known as egomania.

It made a pretty lame joke seem funnier than it has the right to be, but this episode was a return to form after a largely disappointing season 12, and the absolute best from season 13, before they flopped again for the first run of the next, season 14.

An episode of South Park can easily derail when Cartman has no redeeming qualities to balance his evil side (e.g. adventure spirit), and this is who he has been for years, i.e. a plain and stupid, one dimensional villain who barely has a good one-liner. With Fishsticks however, they achieve a balance to absolute perfection: with the help of Cartman himself who is now just a messenger or at worst the emperor with no clothes, an idiosyncratic rapper reaches an epiphany of religious proportions.

“Some people just have egos that are so out of whack that no matter what people tell them, they can’t accept the truth of who they are” -Cartman 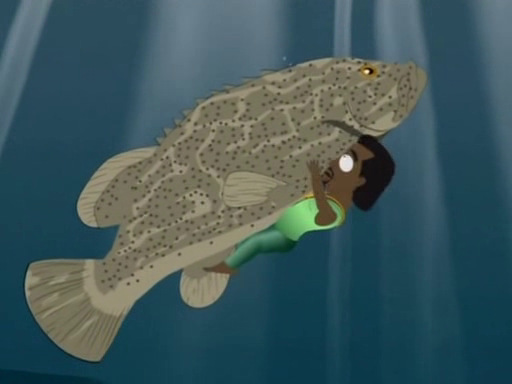 An extra suggestion of all this ridiculousness is that Kanye is the archetype of fail for rap music, one of the last in the line from P Diddy to Fifty Cent. In the end however, he accepts his fate like a true hero, without hesitation discarding his former self to forever linger in his natural habitat and mix with his own kind.

To be fair to the man himself, he’s so easy to make fun of because he’s actually sincere in a roundabout way: that kid in class who acts like a big deal to hide insecurities, but you know is harmless (though definitely retarded).

“I’m a genius, alright? I’m the most talented musician in the world. If I was a gay fish, I would know!” -Kanye West

“Don’t you get it? Please just get it.” -Carlos Mencia