Skip to content
Posted on December 1, 2013February 6, 2017 by Future Consciousness 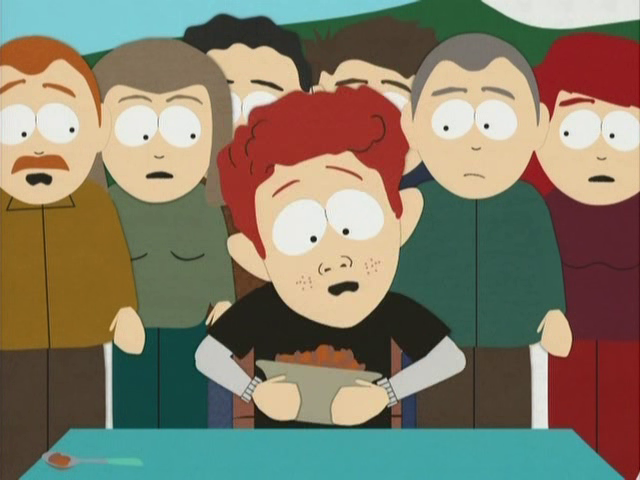 This episode is Tom and Jerry or Bugs Bunny with a psychological edge and a twist ending, but in the context of South Park, its history, and the social consciousness of the comedy world at the time, it was a turning point and defining moment for Cartman, the show, and comedy at large.

Rightly or not, the tone of the concluding moments of a South Park episode largely decides how well it will be received by its audience. In this case, that “tone” is the fit of a genius serial murderer’s gloves, though it’s more Mentalist than Dexter. Add to that cocktail the sardonic glee for mischief in Stanley Kubrick’s A Clockwork Orange (1970), and you get the true feel for the space this episode operates in, noting that the audience isn’t distanced from Cartman the way they are from Alex in the Kubrick film.

In Kubrick’s movie, there is audience confusion as to why the bad guy wins, but with Cartman the audience empathizes because he’s exploited, and we want the bully to get his just desserts, making this episode a consistent fan favorite, and next to best in South Park history.