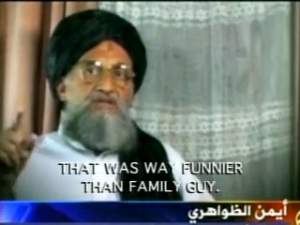 A two part rally for free speech and common sense. Part 1 is really the metaphysical sequel to episode 908, and Part 2 is the culmination of the homage/rip on Family Guy.

“If we’re still alive in the morning, then we’ll know we’re not dead.” -Randy

“Forgive me Mr. President but this First Amendment sounds like a lot of bureaucratic jibery joo.” -Journalist

“How would you feel Kyle if there was a cartoon on television that made fun of Jews all the time?” -Cartman