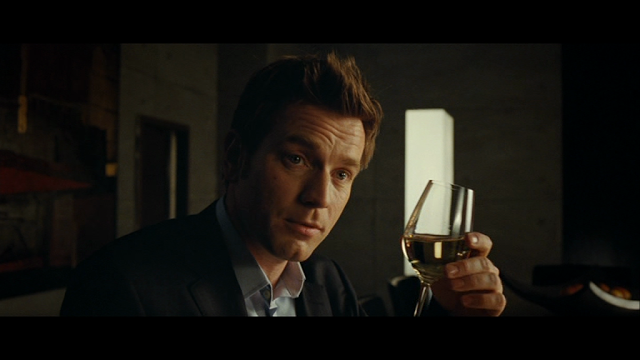 Anonymous was a hollow shadow entangled in a ghost mystery, washing down the poison of the demon with hard spirits, achieving a great secret desire of immortal ghost, finally lost in the wind as pages of stories his own only by association as shadow: so reads the epitaph of The Ghost Writer.

The plot is well detailed, but seriously non-serious. Prime Ministers suspected of foul play and putting on a face? Politics as a puppet show for the masses while secret agents conspire off-stage? All too familiar for comfort or social commentary.

More interesting is The Ghost Writer as a well strung rope of Hitchockian mystery and suspense, and the comedy of a writer caught in the middle of an episode of Marriage on the Rocks. Cheers, Polanski.